← more from
Western Vinyl
Get fresh music recommendations delivered to your inbox every Friday.
We've updated our Terms of Use. You can review the changes here. 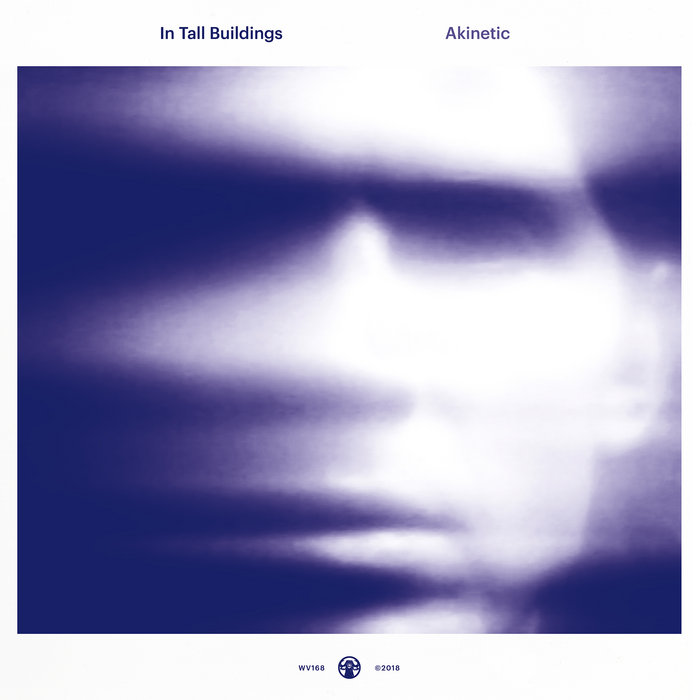 Benjamin McKinney Erik Hall has broadened his sonic palette, bringing gorgeous analog synth tones to the foreground and doing some great work with found sounds from nature and urban life, all on top of the mellow yet kinetic tunes that are his signature. A worthy follow-up to the fantastic Driver. Favorite track: Wake Up.

Akinetic, the new album from Chicago songwriter and multi-instrumentalist Erik Hall’s one-man polymathic project In Tall Buildings sees its creator plunge headlong into allegories of communication, loss, impulse, vice, and mass-denialism. With the addition of producer and engineer Brian Deck (Modest Mouse, Iron & Wine) Hall crashes through the aforementioned subject matter with brightness and lucidity, yielding his most intelligent and focused songwriting yet. Working out of his house with Deck in Pilsen, Chicago, Hall’s efforts yield ten tracks of spacious and textured handmade pop, comprising one of the most sharply written and deftly recorded home-studio albums in memory.

Due out March 2nd 2018 on Western Vinyl, Akinetic could not have transpired in any other time. Since his 2015 LP, Driver, Erik Hall has produced records for ambient artist Justin Walter and labelmates Lean Year, all while touring perpetually and sowing the seeds for his own new album. Where his previous titles were natural documents of his musicianship and songcraft, Akinetic arose from deliberate intent to write in concrete pop forms, lyrically informed by what he observed of modern culture, namely its fixation on technology-driven pseudo-progress at the cost of direct communication. “Rather than merely dwell in an inviting musical bed,” Hall states, “I wanted to write songs with intentionality that would more directly declare themselves to a listener instead of just passively inviting them in.

True to aim, album-starter “Beginning to Fade” gets to the point, offering a few seconds of growling guitar chords and piano before the hook bursts in declaring the tone of affairs. The title track follows with stabs of determined synth, painted over with Hall’s verdant three-part harmonies bearing lyrics of one of the record’s core ideas: anemic communication and frustrating disconnection in the age of distraction. “Akinetic anthem’s a generation older,” sings Hall in his signature timbre of hushed realism, “and apathetic eyes love staring at the shoulder.”

The album continues on-theme exploring the struggle of impulse versus discipline on “Overconscious”, and the mass-denial of highly probabilistic cataclysm on “Cascadia” whose title refers to the oft-overlooked Pacific Northwest subduction zone, arguably prone to catastrophic volcanic destruction any day now. Understated breakthrough “Siren Song” propels on a motorik thump and mellotron that ramps to a gratifying collision of mangled drums and guitar; a moment of unrestrained catharsis on an otherwise satisfyingly groomed record. From here, the warm Moog-laden interlude “New Moon” marks the start of Akinetic’s come-down, leading into the undeniably beautiful Heather Woods Broderick duet “Days in Clover”. These junctures of space and texture provide a window into Hall’s ambient predilections, revealing them as a vital part of his toolkit. He’s not merely a singer-songwriter… He is a sound-designer who writes good songs.

The epilogue “Wake Up” takes classic In Tall Buildings form with fluttering guitar, softly thumping drums, and Hall’s trademark production flourishes. Tape-crushed voices chirp behind the instruments (all played by Hall, as per the rest of the album) as our host poetically urges us to do what the song’s title suggests. The lights slowly fade up on Akinetic showing it for exactly what it is: a crystal clear, well-crafted montage of honest emotion, with pointed social commentary crouching just beneath the topsoil. That this was all achieved by one person playing every instrument, gently guided by a kindred and veteran co-producer, denotes Akinetic as the greatest height yet reached for In Tall Buildings.

Written and Performed by:
Erik Hall

Woodwinds on “Siren Song” and “Wake Up”:
Elliot Bergman

Produced and Mixed by:
Brian Deck